How our oceans turned toxic twice

In Earth’s history, geologists distinguish five mass extinction events that were particularly severe. The Devonian mass extinction event is one of those five and occurred 374 million years ago, more than 300 million years before the meteorite impact that wiped out the dinosaurs. The Devonian was a very peculiar period: large fish reigned the oceans and coral reefs were flourishing, but there were no large land animals yet. The Devonian climate can be best described as an extreme greenhouse climate, with much more carbon dioxide (CO2) in the atmosphere compared to today.

The Devonian climate can be best described as an extreme greenhouse climate, with much more carbon dioxide in the atmosphere compared to today.

Despite the intriguing aspects of the Devonian world, scientists did not know exactly how fast the Earth became inhospitable for life across Devonian mass extinction event. Our team of geologists from Germany, Belgium, the USA and China looked at rhythmical climate cycles in the rock record to figure out the precise timing of the Late Devonian extinction. We now know how fast the Devonian oceans turned hostile to life, and we published these findings in Nature Communications.

For reasons still debated by scientists, the ocean water turned low in oxygen during the Devonian mass extinction event. “This event suffocated the majority of life in the ocean, and the extremely diverse Devonian reef-builders were among the major victims,” explains Anne-Christine Da Silva from Liège University in Belgium. The main cause of the extinction is a hot topic in geology, as there is no smoking gun that can be identified as the trigger of this underwater-massacre. In fact, oxygen levels in the ocean water dropped twice across the course of the extinction. 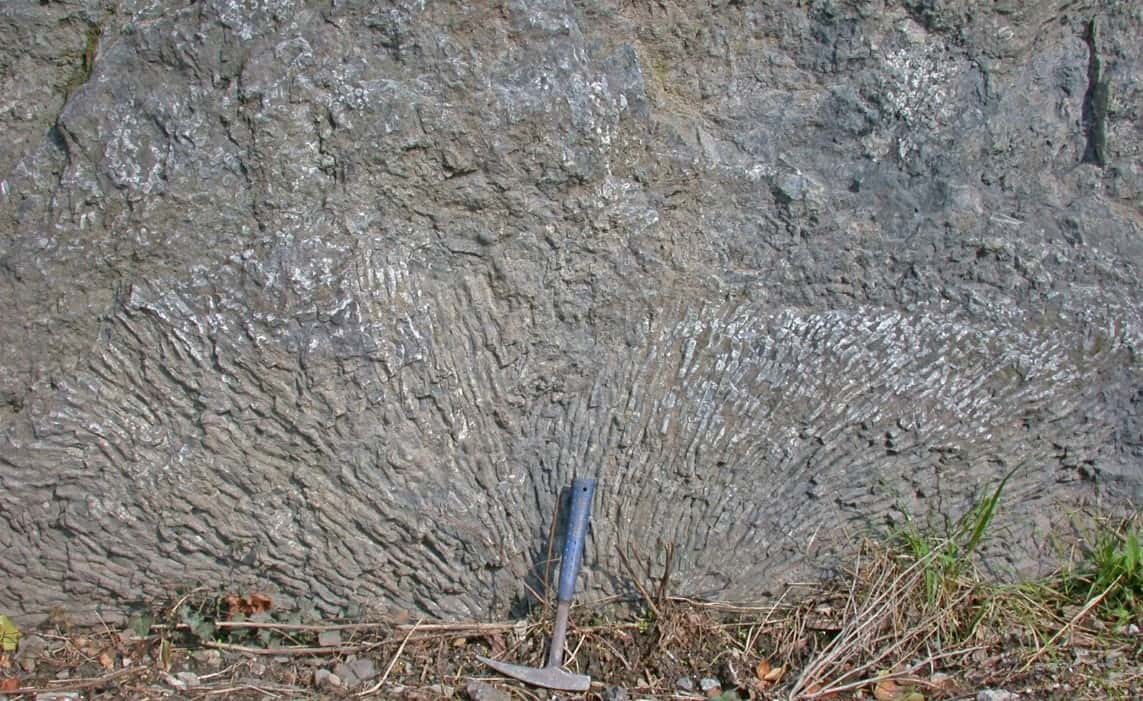 Devonian coral reefs, like this fossilized example from Belgium, took a big hit during the Devonian mass extinction. 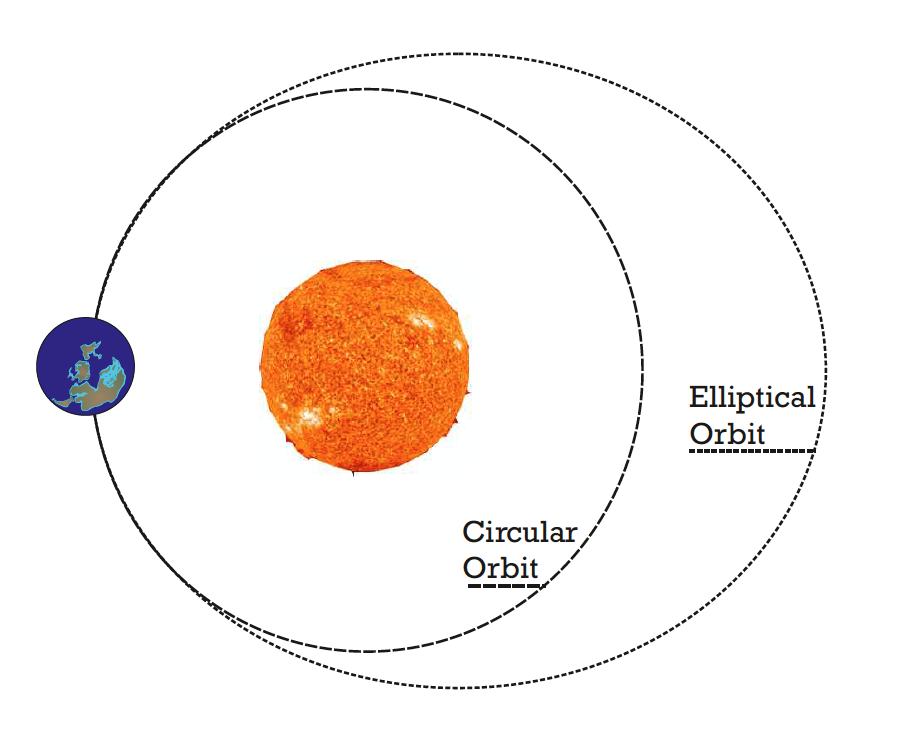 The eccentricity of the Earth’s orbit changes rhythmically, from a perfect circle to a more elliptical shape. Note that this figure is not to scale.

As a geologic clockwork, me and my team used a technique called cyclostratigraphy. We combined information from geologic sections spanning the Devonian extinction event, from Belgium, Poland, China, Canada and the USA. In all sections, we found the effects of cyclical changes in the eccentricity of the Earth’s orbit around the Sun. When eccentricity is low, the Earth rotates around the Sun on an orbit that is very close to a perfect circle; but, when eccentricity is high, the Earth’s orbit around the Sun is much more elliptical, allowing for very strong differences in the amount of solar energy the Earth receives during winter and summer. Changes in eccentricity are very rhythmical, with fixed periods of 100 and 405 thousand years. We used these cycles to constrain the duration between the two black shales, and found that the second episode of low oxygen levels commenced 600,000 years after the first.

This result is the first precise time measurement of this essential episode in the evolution of life on Earth, and turned out to be much shorter than expected. Additionally, our team noticed that the main pulse of extinction coincided with a prolonged period of low eccentricity. This means the Earth’s orbit was close to circular for several ten- to hundred thousands of years, giving way to quite steady climates. These invariable climates caused sluggish ocean circulation and stratification of the water column, both favouring low oxygen levels in the world’s oceans.

The main pulse of extinction coincided with low eccentricity where the Earth’s circular steady orbit around the sun caused sluggish ocean circulations and stratification of the water column, both favouring low oxygen levels.

Yet, we do not claim that we unmasked the so-called “smoking gun”. We believe land plants are the most likely culprits of the devastating Devonian die-off. During the Devonian, land plants developed deep root systems and woody tissues, giving them the evolutionary advantage to colonize different environments. The success of land plants came at a cost though: when a plant dies, its biomass get washed into waterways and into the ocean. In other words, the Devonian seas got smothered with nutrients from rotting plants, a process during which oxygen is absorbed and other life is starved out. However, the evolution of land plants is a slow and gradual process. Only when the eccentricity configuration of the Earth’s orbit favoured sluggish ocean circulation, all factors aligned to push the Earth’s system beyond its tipping point, causing the Devonian mass extinction.

The findings of this study were published in Nature Communications, under the publication title “Timing and pacing of the Late Devonian mass extinction event regulated by eccentricity and obliquity“. 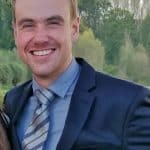 David De Vleeschouwer is a postdoctoral researcher at the Center for Marine Environmental Sciences (MARUM) at the university of Bremen, Germany. He obtained his PhD in geology from the Vrije Universiteit Brussel in 2014. His research focuses on the reconstruction of climate throughout Earth's history. In Bremen, David studies paleoclimates of the last 66 million years. But for his doctoral research in Brussels, David went much further back into geologic time and studied the Devonian: an extreme greenhouse climate system that existed on Earth 375 million years ago. 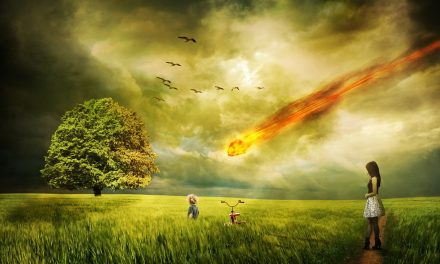 8 Ways the universe might kill us – Part 2: Asteroids and Meteorites