Meet your favourite scientist … in a pub near you! 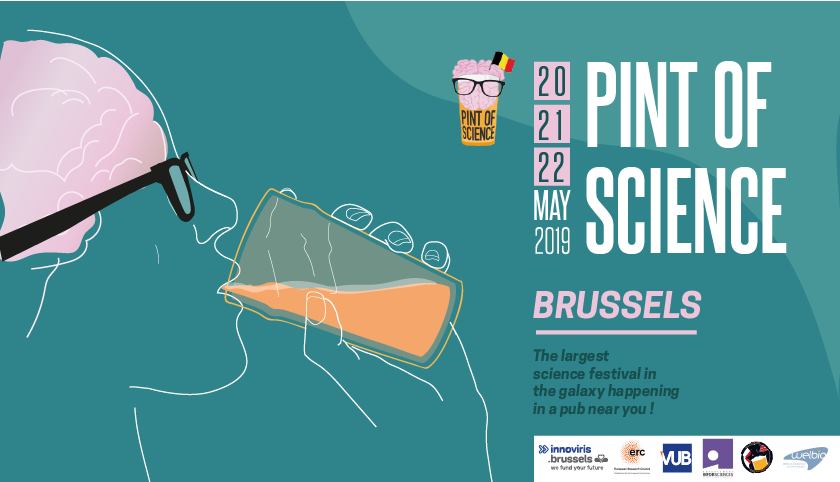 From the 20th until the 22nd of May, the international phenomenon Pint of Science will strike Belgium once again. Born in 2013 in the UK, this now worldwide festival brings scientists closer to the people. Or, let’s say, closer to the ‘normal’ people. And what better way to do this than to put both together in a bar? Next week – in more than 300 cities, simultaneously in hundreds of venues around the world – scientists will deliver interesting and accessible talks to the main public, over a pint of beer. Sounds fascinating? Of course!

What’s even better, is that there is lots of VUB research talent participating here in Brussels and beyond. Check out their events below, secure your ticket (for a symbolic €3) and go cheer them on! The rise of social platforms has placed journalism and the communication landscape under fire. Want to know how fake news goes viral, why people believe it, and how it can be fought? Assistent Prof. Ike Picone will show you how to hack the human mind, while researcher Karen Triquet tells all about DataBuzz! Bringing dinosaurs to life (think Jurassic Park) remains science fiction, but scientists recently found out that biomolecules such as proteins and fatty acids preserve in bones that are millions of years old. That sounds cool enough, but paleontologist Koen Stein will explain what fossil bone tissues and cells can tell us about the biology and evolution of these reptiles from the good old days. In 20 years, there will be 10 billion of us. Most of us will live in cities. In what way can we assure that those cities will be viable? Considering that the building industry is the biggest consumer of natural resources wordwide, we have a challenge on our hands. Prof. Lars De Laet will tell you how robotization and creating new biomaterials can be part of the solution! Humans have changed the natural world so much that scientists have started referring to this time as the Anthropocene – the era of humanity shaping the climate and environment. Postdoc fellow Lawrence Percival explains how previous mass extinctions help us see the truth, and prof. Marc Kochzius will take you on a surprising journey through the deep blue sea. Be ready to dive deep into the very nature of spacetime and matter as Prof. Freya Blekman and Prof. Ben Craps reveal the most inner parts of ourselves and of the fabric of the cosmos. And no, this is no science fiction! At the Antarctic, conditions are harsher than possibly anywhere else on Earth. Average temperatures range from -10 to -60 degrees Celsius. And yet, once upon a time, this is what all of Earth used to look like. Let Dr Alexandra Rodler take you back in time to explore Snowball Earth!

Are you a researcher at VUB, and interested in participating next year? Let us know! 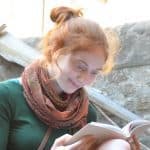 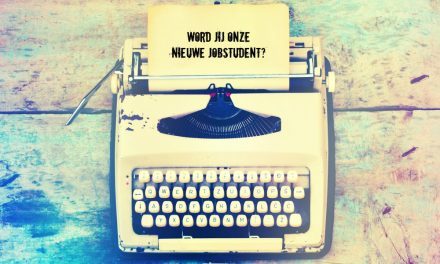 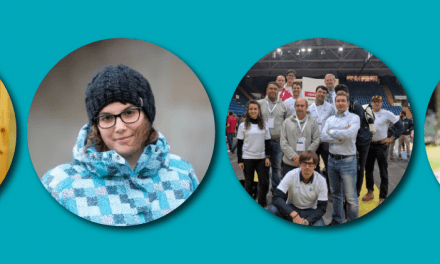 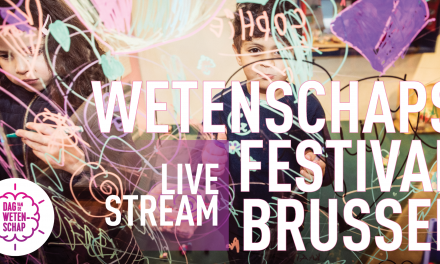 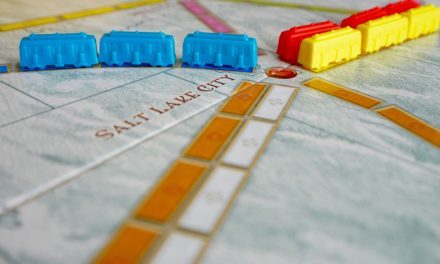